Don’t forget to follow Damian Jay on Facebook. You can also leave your feedback on the party as well as post any pictures from your event.

Our birthday parties combine all the elements of colour, laughter, fun, excitement and of course magical wonder into a fully interactive show. Children are invited up to assist with the magic especially the Birthday child who is the STAR OF THE SHOW in their own magical routine, receiving a very large balloon model (we ask you what they would like at the time of booking) as your guests are encouraged to sing the birthday song. There’s also an appearance from Charlie the Dog, who creates his own hilarious magical mayhem, ending up putting a custard pie in Damians face. Much to the delight of the boy’s and girls.

The first half (unless you’ve opted for the Mash-Up Show) is a riot of fun with our very own unique party games set to music including "FIRST TO BURST", "THE MUMMY GAME", “SWEET FACE” and the hugely popular "BUBBLE PIE". Damian ensures that there is never a dull moment throughout your Event. We also include a BUBBLE machine FREE which always delights the children as they try to pop as many bubbles as they can.

To finish off the event Damian makes some superb Balloon models that the children can take home with them as well as a huge smile and memories they will talk about for a long time afterwards. 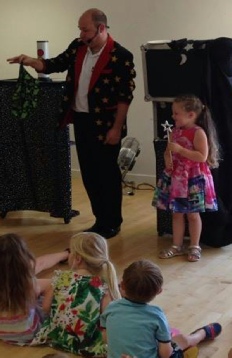 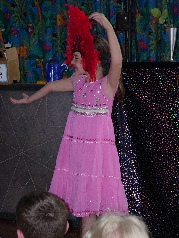 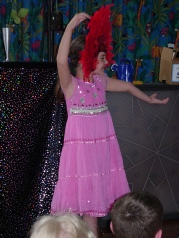 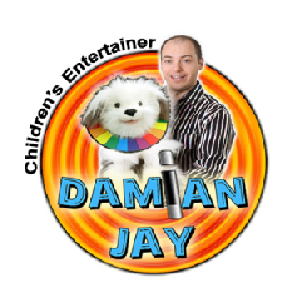